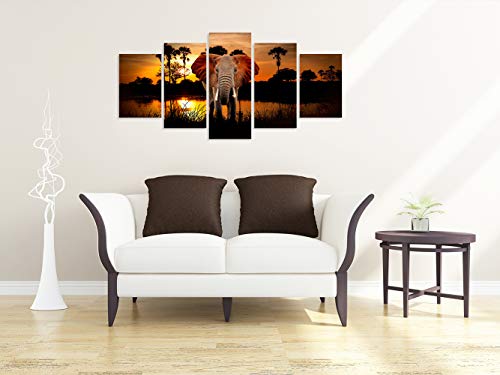 Summary:
During the era of European avant-garde artists, there were prolific African Artists such as ‘Aina Onabolu’ and many others whose works were never considered modern. Obviously including them in their modern era will mean making them equal with their counterparts in Europe. You know what that means to black man who was supposed to be picking cottons. “European modern art” was the biggest scam on African Art. They took the best of our forefathers and kicked us to the trash.

Article Body:
I have been turned down several times by some ignorant gallery owners on both sides of the fence for their lack of interest in African Art. In their words African Art is primitive. The sad thing is that our so-called elites gallery owners do not get it too. In most cases they are worst and very ignorant and naïve about African art. How long are we going to allow these false monsters of the past run wild in our present time?
I have realized that truth is usually a hard pill to swallow but we must confront our past for a better tomorrow.

We have been forced to look down on ourselves. They held our minds captive with the television, print media, history books or documentaries of their explorers that were written supposedly for them, but ended up in our nation’s schools bookshelves for mind alteration and economic exploitation. Maybe I am missing something; please tell me the expectation of an educator who thought the grand children of Amina in Nigeria, that River Niger was discovered by Mongo Park.

The same River Niger, where their grand ma, Anina bath, swam, fetched water, they have known and played in the river all their lives and in fact the legend had it that their grandpa Obi was among the men that guided and guarded the strange White man from the wild beast of the jungle. Instead of a letter of appreciation, their great grand children are forced and feed lies of the incident in the name of education.

They constantly used whatever they can to accomplish their vision. The invention of television became an effective tool for manipulation of generations with ease using Jacob’s vision power of increase, Genesis 30: 31 – 43, for their negative agenda. There is power in what we hear and see. That is more reason they will never show you good side of Africa.

During the era of European avant-garde artists, there were prolific African Artists such as ‘Aina Onabolu’ and many others whose works were never considered modern. Obviously including them in their modern era will mean making them equal with their counterparts in Europe. You know what that means to black man who was supposed to be picking cottons. “European modern art” was the biggest scam on African Art. They took the best of our forefathers and kicked us to the trash.

They knew what they were doing and the effect of these centuries of bad seeds is what we see today in Africa and beyond. It is very common to see African professionals, highly educated but with no knowledge of self and very much whiter than the white, if you know what I mean. I have walked into a financial firm in Atlanta, owned and managed by some Nigerians and the issue of African Art came up, One of the owners was asked what type of art do have hanging on your wall. You need see him go off with pride and talked eloquently on modern art at the end he declared that he doesn’t want to be associated with African Art.

You can imagine how that made me feel, having studied art and taught art professionally to hear a Nigerian elite in the position of power and influence, to promote our arts and culture, out rightly rejected his inheritance. I didn’t wait to ask why? He went off again to talk about crime and the world image of Nigeria. At this point I struggled to hold myself
from exploding before other nationalities in the company. I am by no means in support of any crime but if man should disown his nation because of crime and western media propaganda, the problem is way deeper than it appears. I asked him again respectfully if any of these nationalities working in Nigeria have pulled out their oil drilling machines and abandoned their mansions in Nigeria since the 419 propaganda started? I didn’t see him jump up with an answer this time. Tell me where there is no fraud and crime.

This nice brother is one of the millions of African souls lost to this false and mean world of conspiracy and selfish vision of racism and imperialism. You might be wondering what is this got to do with modern art. But the truth is that, there was nothing modern about the works of the European avant-garde artists other than punch of copycats, imitators and plagiarists in conspiracy with their racist writers, art critics and art historians to make wrong right. Once again they gave themselves names, cubism, modern art and shoved it down our throat like always.

They covered the truth of plagiarizing African Art and started their usual evil naming ceremonies for their selfish goals. Who named the Primitive Art and Modern Art? Take a close look at their so-called primitive art and look at the modern art and decide for yourself. Who named the Tribal Art? These are the same people whose lists of names consist of Negro, Aborigines, Nigger, and Black, Gypsy, White, Red, Yellow, and People of Color to mention a few. What good has these names done to mankind other than division and control. Let us face the truth, because truth is the heart of freedom. There is more to names than we can imagine hence God had to change people’s given names to accomplish his mission in their lives. It has been and will always be demonic and its time to reject such names for our true purpose and relationship with one another.

Lets look into more facts in the part 2 coming soon.