Learn More About Sci-Fi Art and Abstract Art Paintings
It may be obvious to some, but sci-fi art can never be outgrown, no matter our physical age. The reality of our world is such that what is sci-fi today, will become science fact tomorrow. Jules Verne’s 19th century works live in our 21st century, having begun their march toward reality in the 20th century: man can fly, search the seabeds, cure many of the ailments that were deadly in earlier times. For this exciting subject, we need an exemplar, and that is where sci-fi art comes in. If it is a simple depiction of the moon or a fantastically detailed portrayal of a favorite character from a sci-fi movie, it can be accomplished in abstract art, which is itself on the fantastic end of the art spectrum. Art to gives life to our dreams and inspires us to accomplish more.
Sci-Fi art is unique in that it moves beyond the representational, beyond the depiction of things in our everyday life, and flies ahead to the realms of the imagined future. From hovercraft to far-flung planets, there is a range of the ‘just beyond tomorrow’ to the ‘centuries ahead of tomorrow’ to choose for a subject. A hovercraft, a real and true means of transport, is by no means a commonplace way to travel and of course faster-than-light travel is beyond our capabilities, yet both may be the subject of an abstract painting of fascination. For some, this is the uttermost basic thing about sci-fi art: the fantastic vehicles that storied characters use in sci-fi movies. For others, it is the strange environments of planets that hold out-of-this-world creatures and plant life. What would we do if we were able to visit another planet, we wonder? Would we hold our own against a savage environment, or would we shape it to our own needs? Sci-fi art fuels the imagination and there is no limit to the worlds which an artist can create. Looking at the stars each night, we see points of light that fancy dictates tells us a story, related from the ancient Greeks, Persians, Chinese and other star-gazing cultures.
Even more complex are the travelers between the stars, the comets whose swing near our own dear planet enrapture all mankind. Even those folks without telescopes will notice the movement and wonder about the traveler: Where did it come from? Where is it going? Sci-Fi art which captures the moment of a comet’s brushing by or the virtual reality of us standing on a moon of Titan gives wing to our innermost desires. For many, sci-fi art is an escape from the dinginess of their real life environment and this escape makes life bearable in an unhappy time. For others, the scientific aspect of space travel enthralls, as they calculate exactly what color the sky would be on the aforementioned moon of Titan, and what would our own planet look like from there.
Sci-Fi art may include the world of fantasy, the realms of Tolkien and Rowling and others who write of a universe just slightly different from our familiar one. For those who enjoy fantasy, a piece of abstract art will magnify their devotion to the fantastic world of their choice, for example the Hildebrandt Brothers’ version of the Lord of the Rings trilogy by Tolkien. An abstract series of paintings in this genre would truly stand out, as the abstract quality of the fortified city of Gondor turns the whole painting into a giant rhomboid that comes alive with the many levels of the city forming striking designs on its sides. Far from outgrowing such interests such as a thirst for sci-fi art or fantasy art or both, such an enlivening part of our days will make them more worthwhile, more filled with joie de vivre. 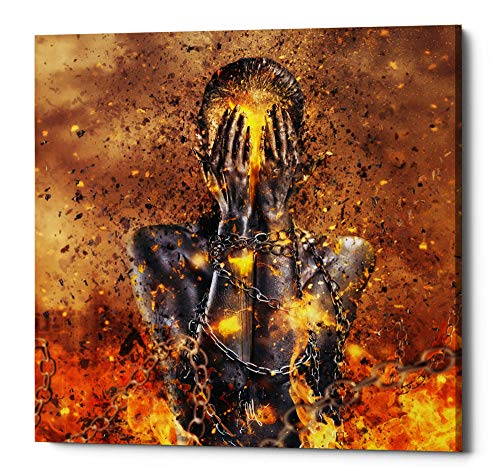 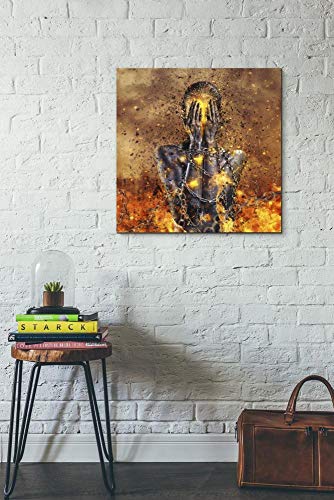